B fortnight runs to 28th January so here is what B discoveries we had.

Birthday - our youngest turned 11 during the fortnight.  Had to improvise a bit with the candles 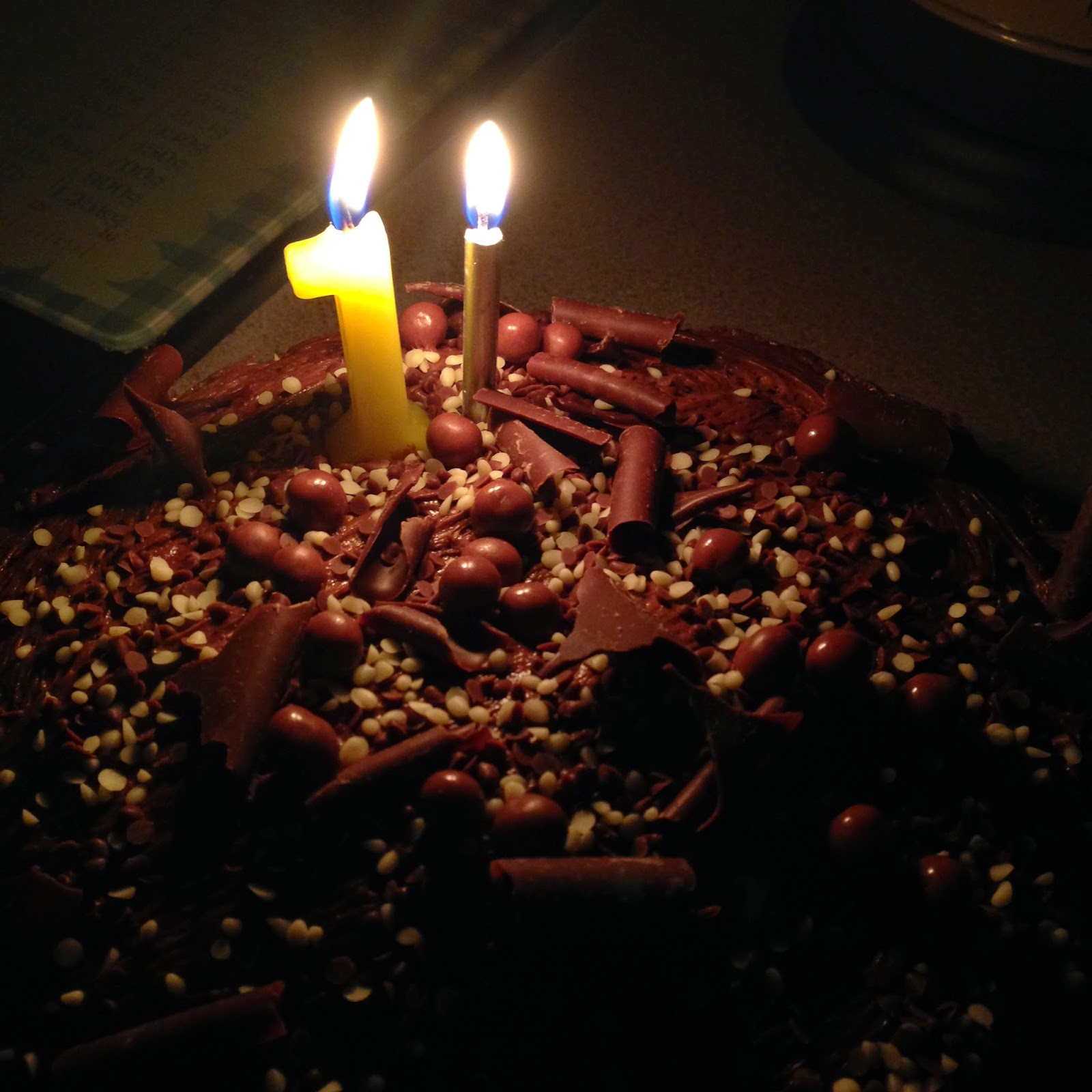 I found a very nice beetroot and mint dip in Asda. 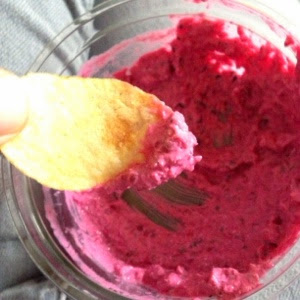 Made bird feeders at brownies and bought a bargain priced bird house in the sales for only £2.50.  Neither of these have made it to the allotment yet because the weather is a bit breezy and wet to say the least at the moment. 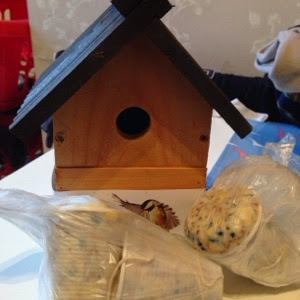 A definite highlight during the B two weeks was my daughter getting back into black robes for her second graduation. This time for her teacher qualification. Obviously different robes than for her geography degree because it is for a different qualification as a post graduate.  The stripe on the hood was much bigger, the hood was way longer and a bit difficult to photograph properly because of how it hung and the sleeves on the robes were a lot different. 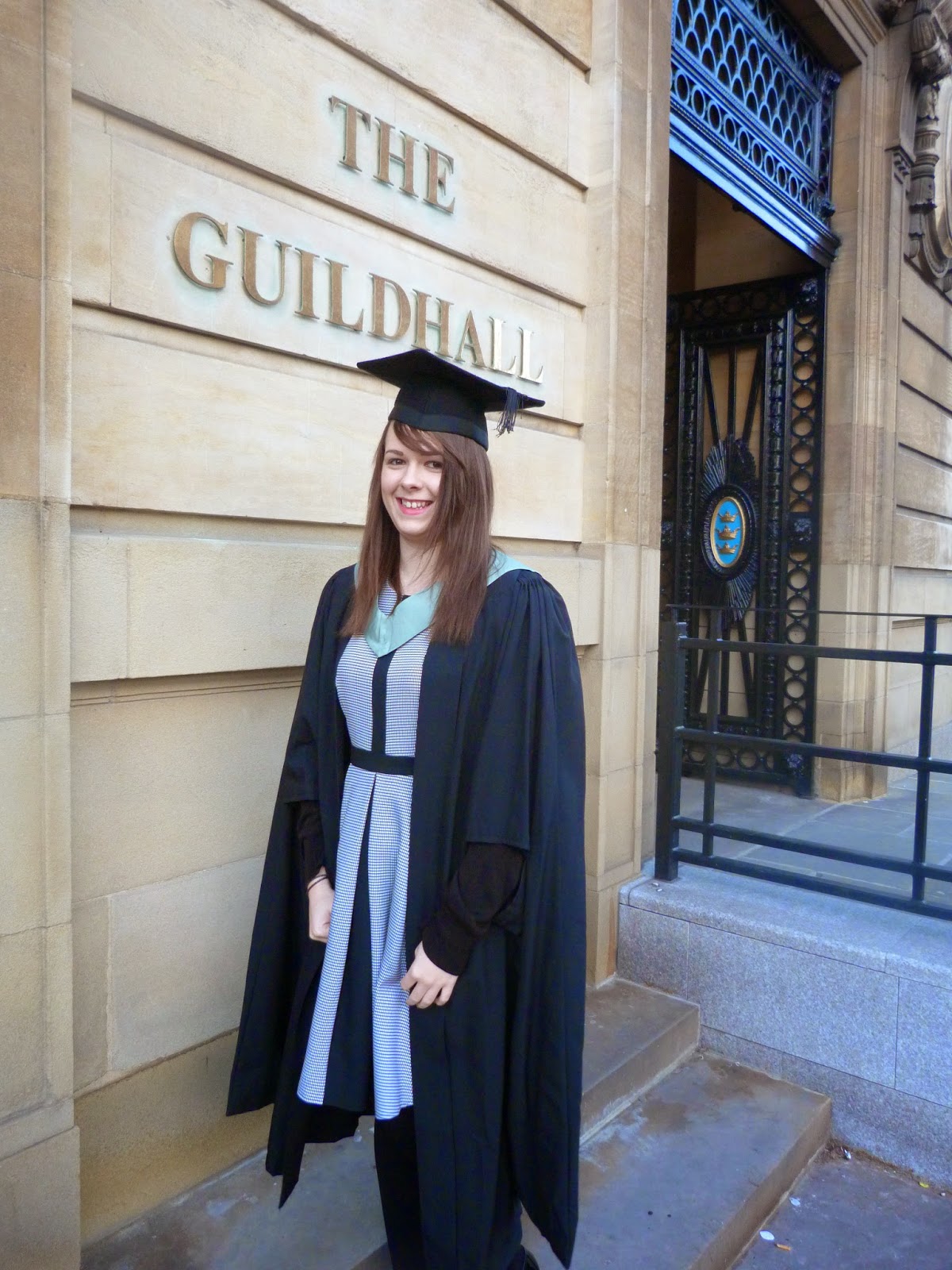 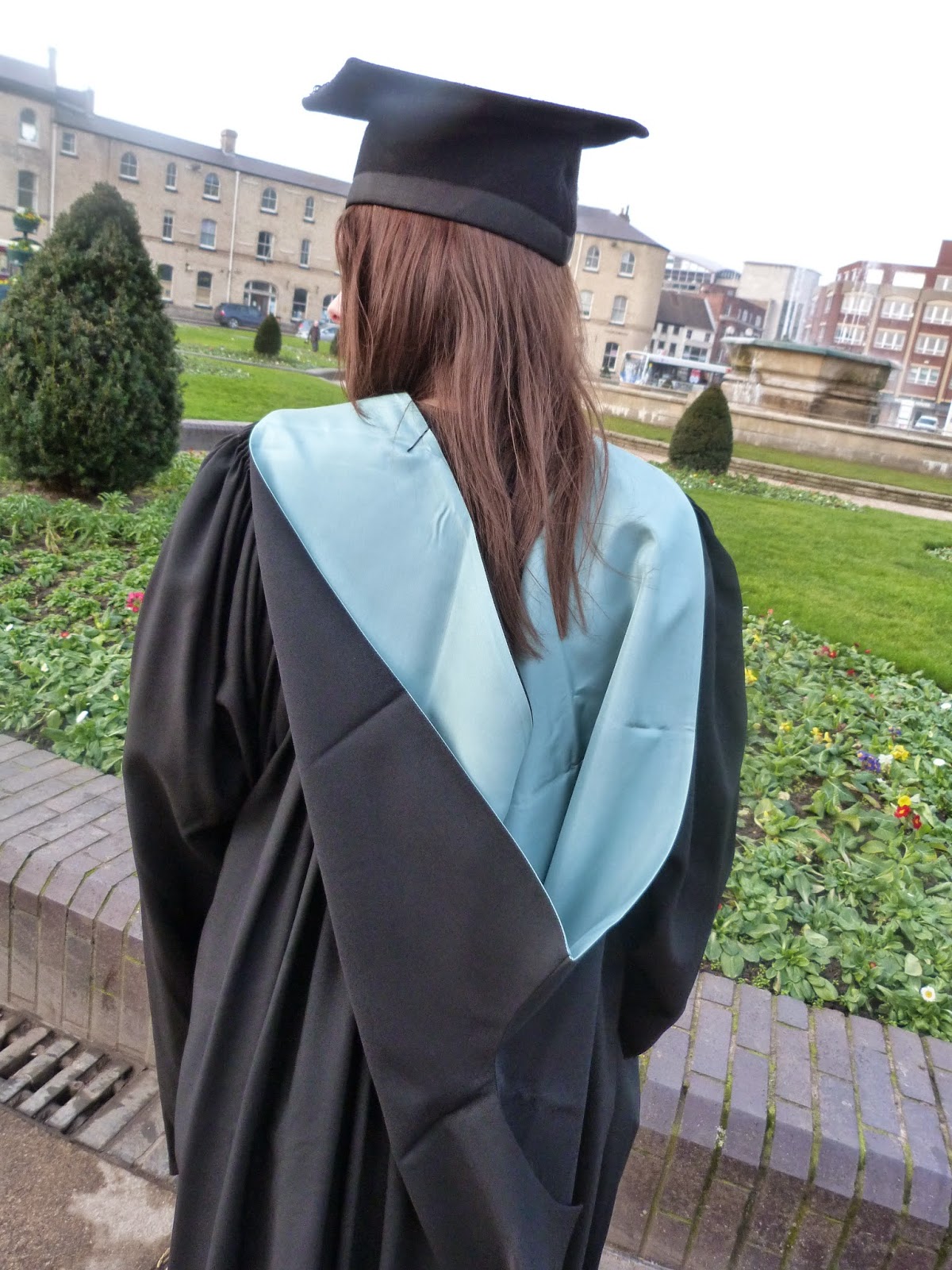 She was chosen by the chancellor of the university to be stopped for a chat on her way across the stage which is a massive honour. 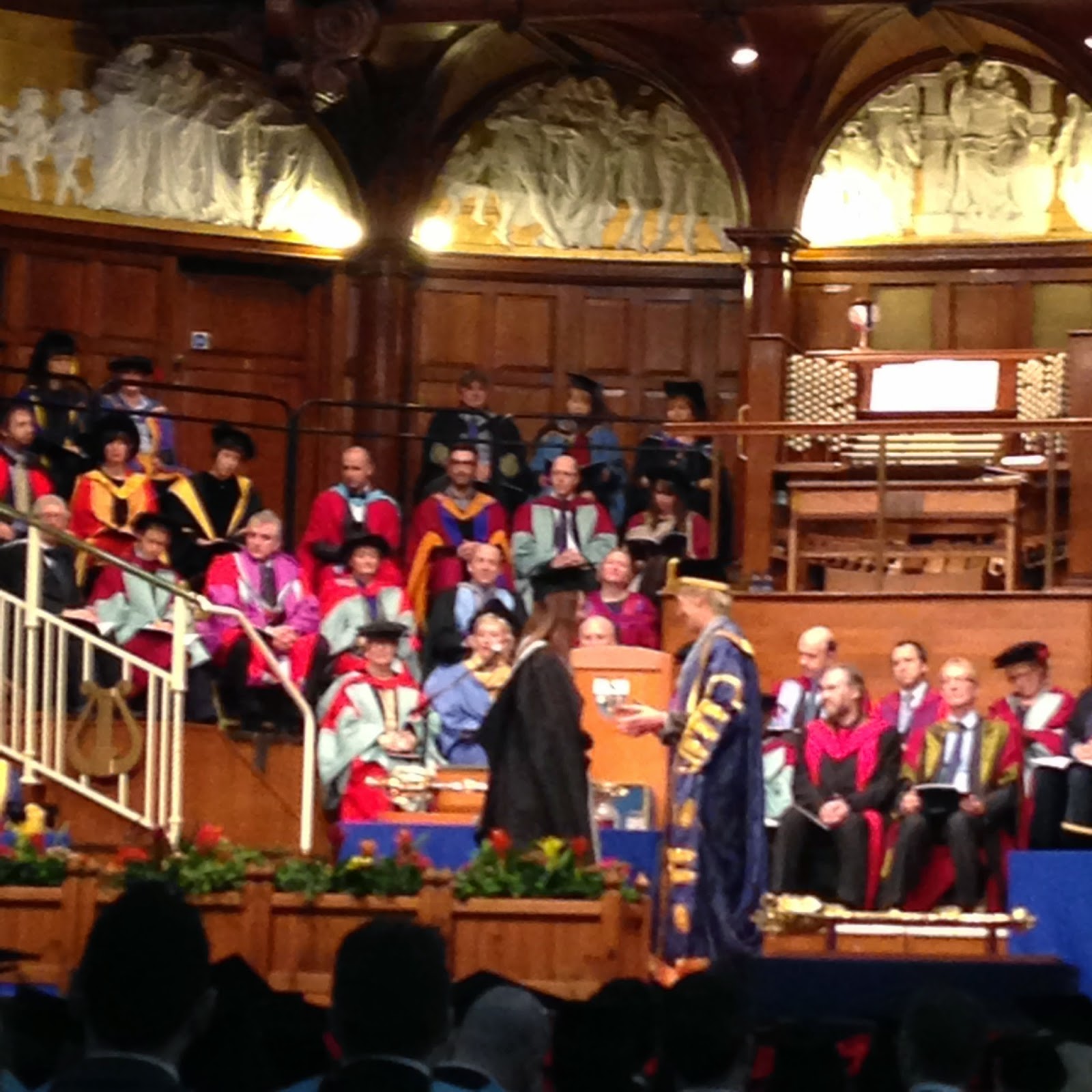 A bit of excitement last week was the filming of a bread advert on our street which will air on national TV with a major Hollywood star in it.

Wednesday Is For Yarn And Reading

So back into the blogging and Wednesdays are for works in progress at Tamis Amis and also for reading progress on Yarn Along.

It would appear that I've been out of the loop for far too long as Tami hasn't done a WIP Wednesday since September.  Hope she is OK and just taking a break.

In a bid to use up some of the aran yarn I've got I started the Sophie's Universe mystery blanket last week.  The pattern is here and is free.  There is a new clue every sunday for 20 weeks so I reckon by that time I will have used up a fair amount of the Drops Lima I've had for yonks.  I bought it for a fairisle knitted blanket originally but fairisle and me just do not get on long enough for such a big project.  Then I thought I would use some of it to make a crocheted jumper. Turns out the yarn is a bit too itchy to make that work so it has been sat in a dark cupboard hibernating until now.

This is up to part 3 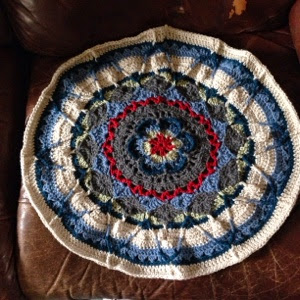 There are some rounds that are not easy to say the least but there is a step by step photo for every part which is so much help.  It is a well thought out and enjoyable project so far.

I'm reading a series of crime novels on my kindle by Karin Slaughter.  These are the Grant County series and I'm up to book 3 called A Faint Cold Fear 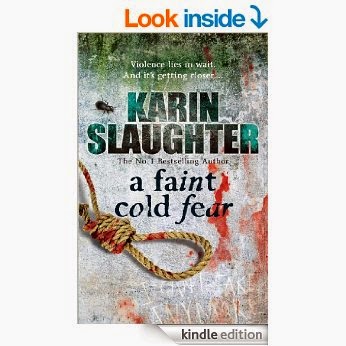 As it is a series of books with the same characters there are a lot of repeated facts from the other books for readers picking this up as an independent read.  Once you get past that they are easy to read and you are drawn in to the story.
Posted by Kerry at 10:05 am 6 comments

On New Years Day I started the A to Z of Discovery where each letter of the alphabet has two weeks of the year dedicated to learning new things starting with that letter.

I wanted to accomplish things with a positive attitude this fortnight.  There were curveballs a plenty thrown in and it turned into more of an annoying fortnight than an accomplished one. I'm sorry but I need to add a moan or two inbetween the A words.

I went to ASDA a few times. One time will stick in my mind way more than the others because the ****ing exhaust fell off the car.  It's been making noises for ages and it had one speed bump in the road too many for the rust that was keeping it together. God knows why there is the need for soooooo many speed bumps everywhere while I'm ranting.  Annoying but more embarrassing than anything. It's fixed now so I guess I did accomplish getting it sorted out and the positive attitude I took from it was that it happened close to home and not on the way back to uni with my son. 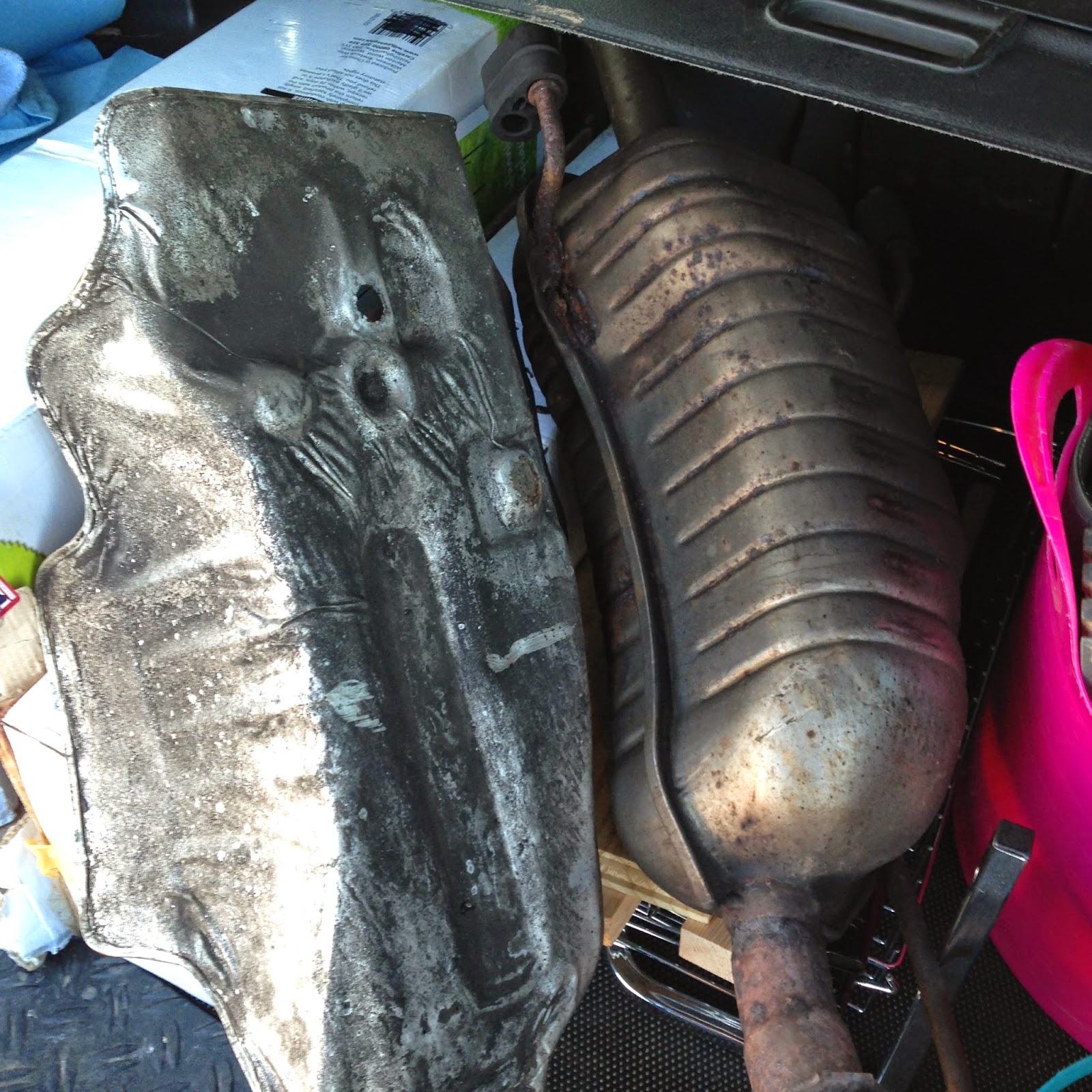 Annoying doesn't cover the washer. The man eventually turned up last week to fix the ongoing error. He surprised me by bringing a ton of parts which included a wiring system that resembled the length of an anaconda.  Long time fixing it and then the very next day it came up with the error again. Cue another phone call to Samsung and another repair scheduled for today. Yesterday I got a phone call to say they wouldn't be coming and that the head engineer had decided to do a report to Samsung saying they can't do any more to it and since it is still under warranty it is up to them to sort it out. More hassle and annoyance but it may mean a new washer so I'll do the positive attitude on this one.

Eldest son ended up at A&E two days after going back to university with a wrist injury after slipping on the ice.  Not broken thank goodness.

On the way back from taking him to uni we stopped at the Angel of the North. The sun was just setting and it was a pleasure to see the sunset with a view like this. 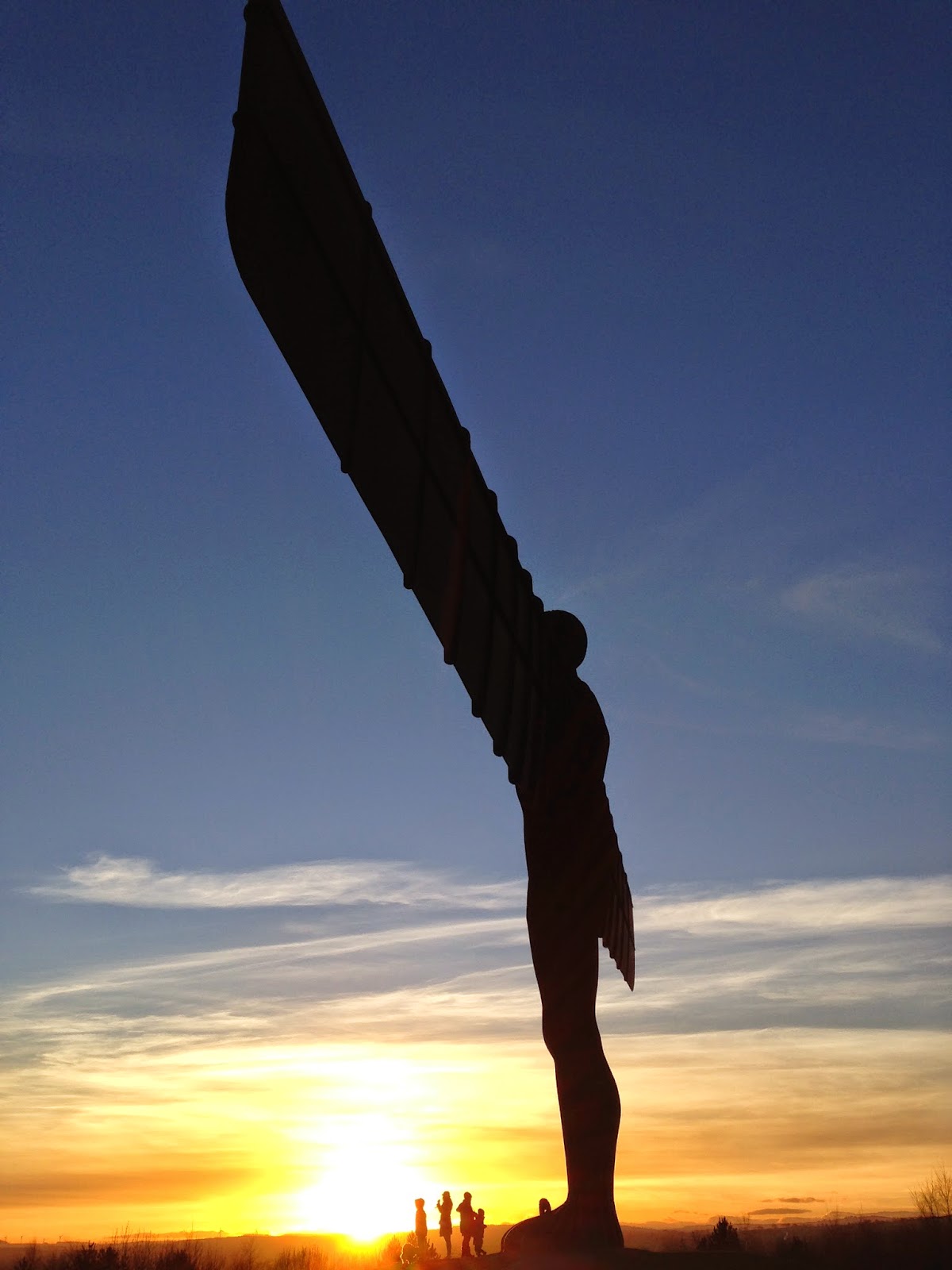 I accomplished preparing lots of slow cooker meals for the freezer. I did an American recipe with corn, salsa, chicken and beans.

I started an art journal.

Forgot to take any photos of most of it.  Not a good start.  Did you do anything to do with the letter A this fortnight? I'll be back in two weeks with B and hopefully some photos.
Posted by Kerry at 1:00 am 1 comments

and more waiting. It seems the start of this year is all about waiting. I spent all day yesterday waiting for a parcel that could not be left elsewhere because it was refrigerated. 4pm it turned up...grrrrr
Today I've been waiting for the washing machine repair man. This is the gazillion majillion dazillion time they've been out to this fault. They look at it, say they have to order parts, I wait all day another day for them to turn up and fit them and then after a couple of weeks it breaks again and the whole cycle repeats. I'm still waiting and this will be the look at it visit so I'm expecting one day next week will be the fitting wait in all day. Very very annoying particularly because I can't start  doing anything incase they turn up. Ho hum such is life
Posted by Kerry at 2:38 pm 0 comments

Miles clocked up in 2014
I took a pic of the milometer at the end of 2013 and actually remembered that I'd done that so decided to take one on my first trip to the supermarket of the year. 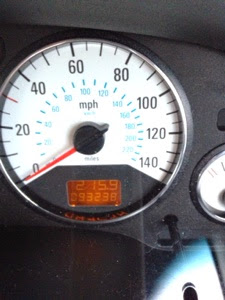 I was quite shocked the figure was so high to be honest. I only go as far as the   allotment, rugby training  or Asda all of which are less than 2 miles each way and I do an 18 mile round trip to brownies each week. One of the rugby training sessions is slightly further away when it's dark nights because they use an indoor venue until the clocks change and we have lighter nights again but no more than a couple of miles.  It's not even that we've been to far away rugby matches. Furthest one my car went to was Shaw Cross near Dewsbury. It's been to uni up north once in 2014 which was a 200 mile round trip to drop the big one off. Other journeys up there were either in 2013 or in the other car. It's been to Scarborough once and it came on a 220 mile round trip on holiday to Center Parcs in Cumbria. It's also been to Hull a couple of times when the eldest was still at uni. The rest is just pottering about so it was quite a shock to see that huge figure. All adds up.
I'll relieve you from this boredom now if you've got this far.
Posted by Kerry at 8:49 am 0 comments 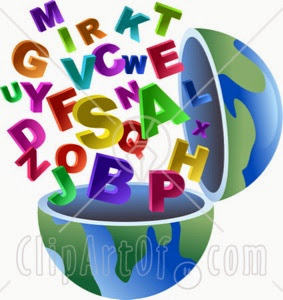 3 years ago I decided I would do an A to Z challenge - 26 letters of the alphabet - 52 weeks of the year - 2 weeks to explore each letter. I've decided I'm going to do it again this year with the hope of trying new things. Things like food, recipes, books, flowers, places, etc etc the list is endless. If nothing else it will give me something to focus on.
Starting at the very beginning with A. I'll do a post every second Thursday starting on 15th January showing what A things I've tried/discovered/enjoyed.
Posted by Kerry at 12:00 am 0 comments